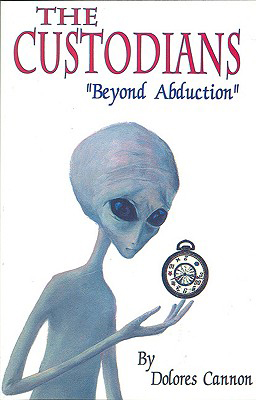 Dolores Cannon – Messages from The Custodians

Part 1: Introduction, The Distress Call for Planet Earth and The Plan

Part 2: Transitioning to the New Earth | Part 3: The Three Waves of Souls

……“All of the information I write about, comes from my clients, it doesn’t come from me,” Mrs. Cannon says of her life’s work. “I get pieces, like pieces of a puzzle and then I just put it altogether. So I call myself the reporter, the investigator and the researcher of lost knowledge.”

And indeed, the information she has gleaned from these hypnotherapy sessions is absolutely astonishing and incredibly prophetic. And best of all, profoundly inspiring!

THE DISTRESS CALL FOR PLANET EARTH
About twenty years ago, Mrs. Cannon began to notice a common thread running through a number of her hypnotherapy clients. While under hypnosis, many revealed that even though they had lived on another planet in their immediate previous lifetime, they felt compelled to answer a distress call to save Earth and the human race. The distress calls began in earnest during our time frame of around the mid-1950’s.

Many of those souls who heeded these calls, came from other planets and willingly volunteered to incarnate into human bodies, despite the risks and inherent dangers of living on this planet. They were told their presence was desperately needed to assist the Earth to make a critical transformation to a higher form of consciousness. The ultimate objective was to try to save most of humanity from destroying itself.