How Do We Create Our Reality? – Big Picture Questions.com 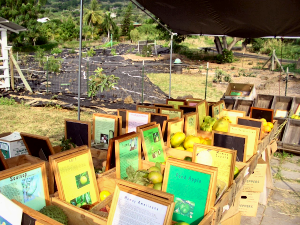 Link: How Do We Create Our Reality? – Big Picture Questions.com

Here is my second question that relates to the state of the world with comments by Guy Needler on how conspiracy theories affect us. How do we create our reality?

Question: David Icke could be called a professional conspiracy theorist. He talks about the “Saturn-Moon Matrix” used to manipulate the Earth and the collective human mind.

The artificially created rings of Saturn are the source of the signal, which is amplified and broadcast from the Moon to the human mind. Thus, we live in a Matrix within a virtual reality universe. Unless people become fully conscious, their minds are the Moon’s mind.
Previously, Needler said Saturn is not a real physical planet, but an image that cloaks the interfrequential portals used by entities to observe this solar system. He also said the Moon and the Earth were transported to their current location for the Earth experiment.
Is there “mind control” of humanity from these levels? How do we become free and sovereign beings individually and collectively?

“The answer to the first question answers this question (see How Do We Transcend The Powers That Be? – Big Picture Questions.com).

We break free by choosing to not be affected by it. We don’t get involved with conspiracy theory, we don’t gossip on it. We don’t get attracted to the thought that somebody else is controlling us, we simply choose to reject it.

And we’re able to create a collective reality that’s associated with it, as like minded people work together. So we break free of it, from ANY form of control by simply refusing to be part of it, and we create our own reality.

We don’t get involved in it. We don’t see it. We don’t look at it on television. We don’t engage in communication or discourse or conversation with people, who go down that route. We simply choose to move away from this, so we’re in it, but not of it again, which is all part of it. So from that perspective, we are free individuals.

Going back to the first part, where he talks about the Saturn-Moon matrix. My understanding again is that Saturn is used as a portal, and it’s like a facade, so to speak. He talks about how it’s used to manipulate the Earth. Well, if you want to call it that, let us say that it does allow entities to come in, and work with us.

If you think they’re being malevolent, then you’ll go down the David Icke route, where they are creating problems with us and they are manipulating what we are.

Are you into conspiracy

or are you into trying to look into

And that’s the difference between the two thought processes. So Icke is not too far away there in my understanding, although his thoughts are very low frequency in terms of what’s going on.

Again we become free and sovereign beings by working on ourselves, working with our own realities, rather than somebody else’s reality.

We have to think that there’s ways of describing things, so moving away is basically working on ourselves and creating a reality based upon what we want it to be, if we want to be totally aware and awake. So we should create an environment around ourselves, a reality around ourselves, where we can work on that, work with people of like mind, who aren’t interested in these conspiracies, or low frequency thoughts of this or that, or frightening or scare tactics. We move away from that.

So all of this, the whole lot, those two questions are all to do with us taking responsibility for ourselves, working on what we feel is right, and moving forwards with that feeling, creating our own reality, our own environment, and our own frequential progression. And not being stuck on or being linked into other people’s thoughts, behaviors and actions, because they pull us down to their levels. Or if you’re working with people of higher frequency, they pull us up to their levels.

I do feel that people, who are like David Icke, although they’re tapping into levels of truth,  they are looking at it from a very, very low frequency perspective. And I feel sorry for them, that they stick themselves in that position. But you know, they do make a living at it, and some people are attracted to them, and hopefully they are potentially a rung on the ladder as well. So they do have a role, and they do have the ability to help people move onwards and upwards. It’s just I hope people do use it as a rung on a ladder, and not the whole ladder itself.”

The Source has a word of encouragement for those on the spiritual path (“The Greater Reality Newsletter” February 2017):

“The Earth’s incarnate population is currently in a continued downward trend (a dip being a normal function of overall ascension) in its frequencies and as a result spiritual people are finding that their ability to be spiritual in their thoughts, behaviors and actions are difficult to maintain. Also, the understanding of certain “strange” events or decisions occurring on the global stage are causing confusion. When considering all things that are thought to be bizarre and un-spiritual I say to you all:

Be firm in your spiritual beliefs, turn them into certainties and not possibilities.

Refuse to be drawn down by such low frequency actions and interactions and maintain your frequency in the process.

Choose detachment rather than attachment or interaction.

Know that you and your feelings are right and continue with your spiritual thoughts behaviors and actions.

Practice what you preach and know that you will maintain your frequency, increase the frequencies of others and evolve as a result.” – Source

“Stay Light, Be Light, Light the way for others.” – Guy Needler

Note: All emphasis and images are mine.